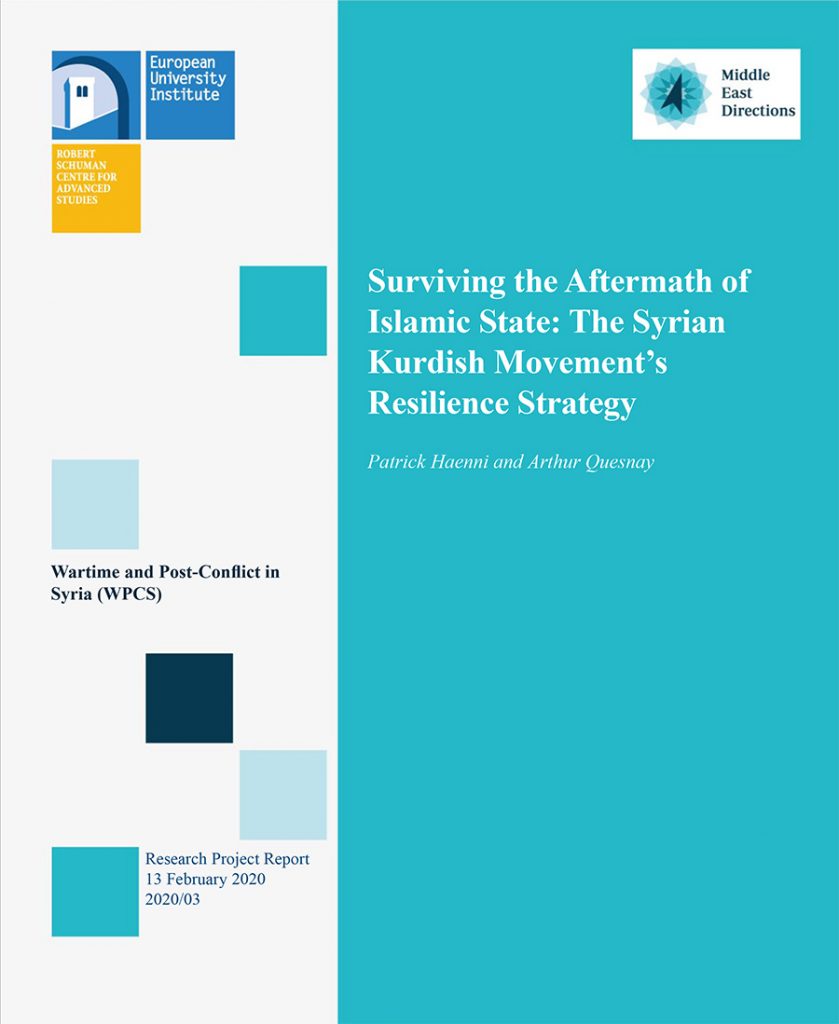 This paper was originally published in French on 27 January 2020. It is available in English and Arabic.

In November 2019, Operation Peace Spring launched by Turkey in the north-east of Syria concluded with no clear winner or loser. In the short term, Turkey’s military operation has resulted in a paradox in which the non-state actor targeted thought to be the weaker party – the leadership of the Autonomous Administration – has attained the greater gains, while the more powerful state actors (Ankara, Moscow and Damascus) are either embarrassed or stuck in a wait-and-see situation.

Despite its loss of part of the territory it controlled, the Syrian Kurdish movement has retained its military capability and governance structures and its access to oil resources. The resilience of its governance model allows the Syrian Democratic Forces to avert the three main security threats that the Turkish offensive helped amplify: risks inherent in the deployment of the Syrian army; a resurgence of Islamic State; and the situation in camps and detention centres.

However, the Kurdish movement will likely not be able to survive in the long term without a “political initiative,” whether in the form of rapprochement with Damascus or de-escalation with Turkey. In the absence of such an alternative, a resumption of direct military hostilities or an increase in various security pressures risk putting the northeast political model under great strain.