The conference provided academic analysis and fieldwork-research findings on the main dynamics and actors that are transforming the region, as well as on the links between local dynamics and broader trans-national trends.

The conference was structured in three thematic panels, dedicated respectively to:

To conclude the conference, a roundtable with a selected group of international experts from the worlds of academia, practice and mass media discussed the key points highlighted in the three panels. The objective of this debate was to encourage connections, comparaisons and further perspectives. 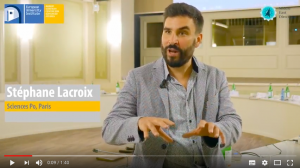 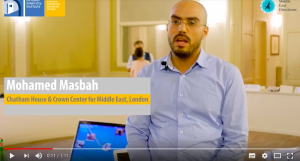 What feeds religious and sectarian tensions? What are the roots of violent radicalisation? What does that entail in terms of prevention of violent extremism?

The panel will advance this debate by taking a comparative and grounded approach, presenting case studies from Western Europe and United States, including mass killings committed by non-Muslims. It will also study comparatively the foreign-fighters phenomenon in the Balkans, Tunisia, Egypt and Russia. A special focus will be dedicated to the Jihadisation of existing local struggles and cleavages in the Islamic world, with perspectives from South and South-East Asia, Mali, Iraq and the Caucasus.

Panel 2 – Who really governs in the Middle East?

Which actors have gained prominence in the crisis areas? Which models of governance have they put in place? What does that mean for conflict resolution and post-conflict reconstruction? What new patterns of interaction between political and economic actors have emerged locally and at the regional level? How will the new political economy of the region impact stabilisation and reconstruction policies?

The panel will focus on the new map of formal and informal actors and powers on the ground, which emerged as a consequence of the withering away or collapse of central states. It will take into consideration the local, national and transnational mechanisms and networks. It aims to analyse new forms of governance from above and below, as well as their interactions in the new regional order. The panel’s objective is to provide inputs for rethinking inclusive and functioning polities, stabilisation and conflict resolution, reconstruction and development within the context of a new regional order.

Panel 3 – Many players for a high stake game: Assessing multi-track diplomacy and its role in addressing crises in the Middle East and North Africa

Which initiatives have achieved positive results, which have failed, and why? What kind of interplay and complementarity can we observe between state and non-state diplomatic action, and more specifically between conventional and non-conventional diplomatic processes? More generally, what types of tools are needed to achieve stabilisation and sustainable long-term resolution of crises and conflicts in the region?

The panel will examine the advantages and limitations of both conventional and non-conventional diplomatic processes, and mediation tools in the Middle East and North Africa, post-2011. It will take a critical look at successful but also foiled or failed initiatives and assess the innovative role played by non-conventional actors in the diplomatic sphere.

Crises and conflicts in the Middle East : What policy responses