Home »News»MEDirections Roundtable/ Egyptian presidential elections: Implications on the regime and the opposition 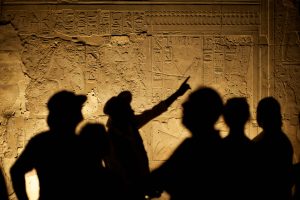 The upcoming Egyptian presidential elections in March 2018 have been perceived by some political forces as an opportunity to change the path of the July 2013 regime from within, towards political opening. However, as the Egyptian regime has closed the door to any serious electoral competition, the coming election is less likely to bring any political change to Egypt.

Following a multidisciplinary approach, the Middle East Directions Programme organises this informal brainstorming session seeking to understand the implication of the reelection of the current president Abdel-Fattah Al Sisi on the attitudes of both the regime and the main Egyptian political forces, their strategies and the possibility of political reform. It seeks also to analyse the attitudes of external powers towards the Egyptian regime, their interests, and if it is likely to continue or change in the future.