Home »MED Round Tables»Excluded generations and non-inclusive nations: a demographic approach of crises in the Arab world 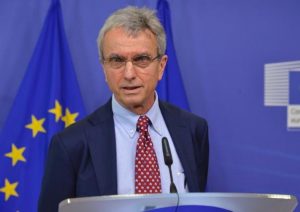 Demography and its interplay with the social structure contribute to the current crises in the Arab world. Indeed, delayed marriage, declining fertility and the rise of school education that underlie both have fostered the birth of the individual and weakened the old patriarchal order of societies. But the aspirations school has created among young people bump into barriers once they become adults, to begin with unemployment and its hardships.

At the same time states are powerless to address their youth’ expectations. The political framework created by nation states is weak and non-inclusive.  On one  hand, the persistently high prevalence of consanguineous marriages is a sign that kinship, instead of the nation, continues to be the real frame within which the population reproduces. On the other hand, the nation does not include newcomers as immigrants have no access to citizenship and a continuously larger segment of a country’s population is made of non-citizens.

This roundtable will be an opportunity for an open discussion on these aspects. Everyone is invited to attend it.

Philippe Fargues is a French demographer. He is a part-time Professor at the Robert Schuman Centre of the European University Institute and an Affiliate at the Middle East Initiative of the Belfer Center for Science and International Affairs at Harvard Kennedy School. He was the founding Director of EUI’s Migration Policy Centre and held senior positions at the National Institute for Demographic Studies in Paris and the American University in Cairo and taught at Harvard and various universities in France, the Middle East and Africa. His research interests include population, international migration and politics.

NB –  To know more on our roundtables, please visit: https://middleeastdirections.eu/events/medirections-roundtables/