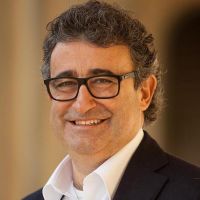 Donald Trump’s surprise victory on 8 November sent shock waves around the globe, triggering wary reactions among US allies and energising actors who oppose the liberal international order. Whilst the President-elect selects members for his new administration, the predominant feeling remains that of uncertainty. What will be the ramifications in the global arena? And on US foreign policy? What impact will Trump’s presidency have on the international system?

Elected on a populist platform by a predominantly anti-establishment vote, Donald Trump embodies die-hard US isolationist tendencies, felt deeply by his electorate.  While not much has been detailed on the foreign policy programme, he has repeatedly signalled his intention to re-visit decade-long tenets of the US position in the world, and to move away from globalism and interventionism. Many of his strong pre-electoral stances might be nuanced or pragmatically forgotten once in office, but it is clear that his presidency will represent a turning point for the sole super-power. Time will clarify the magnitude of change.

The crisis-ridden Middle East will be a key testing ground for the new administration. During the campaign, Trump only mentioned a few Middle Eastern issues that he considered to be essential for US national security, such as the destruction of ISIS, continuing support to Israel and countering  the nuclear ambitions of Iran, including a review of the recent nuclear deal. More generally, Trump has indicated his intention to extricate the US from the Middle East and its intractable problems.

The desire to disengage from the region is not new in US politics and, in the wake of the US shale oil and gas revolution, the perceived decline in the Middle East’s importance as a strategic supplier of hydrocarbons has further fostered the US’s current desire to disengage. Through the ‘Lead from behind’ approach, President Obama has tried to reduce the longstanding US involvement, which entails providing costly security guarantees to a number of countries. But in the same way that developments over the last few years have limited Obama’s margin for manoeuvre, one can wonder how easy it will be for Trump to implement a new policy course. There is much speculation over how he might decide to deal with the numerous issues of the region, which will nevertheless require US attention. Will the US rely more on local proxies? Will it strike deals with some regional powers and Russia? Will these policies avoid US involvement in future conflicts?

Five years after the Arab uprising, the MENA region is undergoing profound transformations. The economic outlook continues to deteriorate, making it hard for governments to address structural socio-economic and demographic problems. Moreover, the old regional order has been profoundly shaken. In Syria, Iraq, Libya and Yemen, as well as in other less-known crisis theatres, regional powers have entered into confrontation over power and influence, mostly through proxies but also, increasingly, directly. Regional rivalries have deepened sectarian and communitarian divides, which has caused tensions to escalate and the risk of full-blown wars to increase.

What is more, in the regional setting of the post-Arab uprising, many local States seem increasingly incapable of controlling vast regions within their borders and of maintaining a monopoly over the use of force. Weak statehood and crises have dangerously multiplied in these areas, leading to the rise of local non-state actors, often armed, who have replaced the state in providing basic services and security. Increasing militianisation, the breakdown of governance, and the presence of conflicts over the control of local territories and resources have reduced the relevance of states as international actors. This raises the importance of the local dimension and creates new geopolitical paradigms.

These processes have important consequences for international players and even limited objectives, such as the fight against ISIS, are unlikely to be achieved if local dynamics are disregarded. The recent success of radical jihadist groups in the region is mostly due to their ability to use local and sectarian grievances to foster their cause. Even military successes against Daesh in Iraq and Syria will only secure temporary gains. As recent history teaches, if not accompanied by comprehensive strategies to tackle the new and longstanding problems of the people and territories involved, some of the neglected issues will most likely become the causes of the next wave of conflicts.

Complex situations cannot be handled through simple military solutions. Stabilising and resolving on-going conflicts appears increasingly necessary but, at the same time, difficult. What is required is closer attention to changing local dynamics and the interplay between local and central dimensions, as well as long term engagement to assist in heightening the resilience of societies, taking into account the reality of state weakness in the region.

The US and other international players should be willing to engage in diplomacy and soft power to facilitate dialogue and reconciliation. They should also try to favour local processes to foster resilience or processes that lead to the emergence of viable forms of governance for the territories, communities and countries in their post-war existence. They should be involved in de-escalating sectarian tensions, by promoting regional diplomatic dialogue and offering international guarantees to the regional powers involved in the confrontation.

In the absence of more hands-on political and diplomatic efforts by western powers, there is little chance of stabilising the region, and of promoting sustainable peace and a regional order that would allow the Middle East to exit the current crisis mode. Unfortunately, this willingness to engage in a search for solutions to the region’s problems with all actors involved was already scarce before Donald Trump’s election and it is not likely to be very high on the US agenda in Trump’s era.

Indeed, Trump’s foreign policy ideas seem to point in the opposite direction. As stated during the campaign, his foreign policy will be marked by unpredictability, strict US self-interest, opportunism and a search for good deals to be made. He has thoroughly rejected previous failed US policies in the Middle East – from the promotion of democracy and regime change to military interventions – as the cause of the current chaos in the region. He has no political experience of the region and has so far shown little interest in the complex dynamics that are reshaping the region. He mistrusts multilateralism and seems intolerant of patient diplomatic work.

Against this backdrop, the EU and its member states will have no other option but to assume more direct responsibilities to help the region to emerge from chaos and violence. After all, many of the problems that Europe faces today, from migration and security to the rise of populism, are linked, in one way or another, to the problems of our southern neighbourhood.