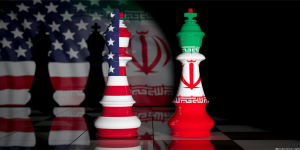 Tensions between the US and Iran have reached an unprecedented level over the past few weeks. The serious possibility of a military confrontation between the two sides is looming. This roundtable seeks to understand the current crisis between the two countries by providing an analysis of the radical shift in US-Iran policy from the Obama administration’s political engagement between 2013 and 2016 to the Trump administration’s demonisation of Iran since he came to power in 2017. The roundtable will address how this shift has influenced internal dynamics between the hard and soft-liners within the Iranian regime, and what role other Gulf countries have in escalating or de-escalating this current crisis, in particular Saudi Arabia, UAE and Qatar.

Eric Hooglund is an American political scientist and an expert on contemporary Iran and Middle East Politics.

Luigi Narbone is the Director of the Middle East Directions Programme at the Robert Schuman Centre for Advanced Studies at the European University Institute.

Tamer Badawi is a Policy Leader Fellow at the School of Transnational Governance at the European University Institute.

Abdolrasool Divsallar is a Senior Research Fellow at the Institute for Middle East Strategic Studies (IMESS), in Tehran.

Cinzia Bianco is a Senior Analyst and researcher at Gulf State Analytics focused on the international relations, politics, and security of the Gulf region.