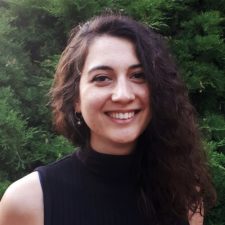 May is a Research Associate at the Middle East Directions Programme of the Robert Schuman Center for Advanced Studies. She works with Dr. Virginie Collombier on the dialogue-support track of the Libya Initiative project which brings together diverse Libyan political and social actors on concrete policy issues. As part of that project, key research themes include political economy and peacebuilding and decentralization frameworks.

She is also a DPhil student in Anthropology at the University of Oxford where she researches the political afterlives of violence in Lebanon. She also holds an MPhil degree in Modern Middle Eastern Studies from the University of Oxford (2016) where she researched the Lebanese civil war. Between 2016-18, she was based at the Lebanese Center for Policy Studies (LCPS) in Beirut working on projects such as the prevention of violent extremism and refugee-host community relations, among others.