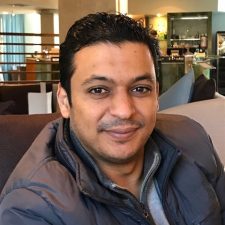 Musab El-Gaed has been one of the architects of the Peacemakers’ project since the beginning, becoming a well-known figure among Libyan community leaders and policy-makers, as well as European and international representatives in Libya. His experience in dialogue and reconciliation started early in the 2011 war, particularly among his extensive network of young people from western and southern Libya and the Amazigh community. After the war, he was very active in supporting minority rights. He has also played an important role as an advisor to Libya’s Council of Elders for Reconciliation, with active involvement in the mediation processes in conflicts in the Nafusa Mountains, southern Libya and during the oil terminals blockade in 2013.