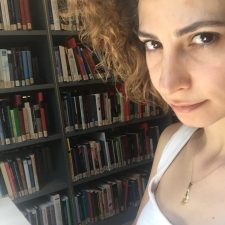 Dima Hussain is a Ph.D. in Law researcher at the European University Institute in Florence, Italy. She is also an Academic Assistant with the Wartime and Post-Conflict in Syria (WPCS) project at the European University Institute (EUI). She has a Master of Laws in Comparative, European, and International Laws from the EUI a Master of Laws in American Law from Syracuse University (New York, the United States). Her research interests are in  legal anthropology, focusing on tribal common laws, traditional legal methods and legal pluralism. Her doctoral thesis is on the tribal non-state law practices in Idlib, Syria and their interaction with synchronized forms of non-state law systems functioning in the area.