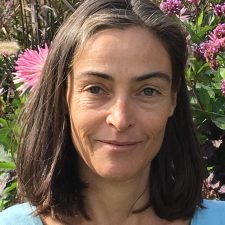 Agnès Favier is a Part-time Professor at the Middle East Directions Programme of the Robert Schuman Centre for Advanced Studies. She leads the Syria Initiative and is the project director of the Wartime and Post-Conflict in Syria (WPCS) project. She has been an external collaborator at the European University Institute of Florence, Italy (EUI) since March 2016.

Favier is a political scientist who specializes in comparative politics and conflicts in the Middle East, with a particular focus on Lebanon and Syria. She is currently working on social and political transformations in Syria after 2011. Her research interests include social movements and youth mobilizations, local governance and political elites, armed conflict and conflict resolution.

Previously she has been a senior researcher at the French Institute for the Near East (Beirut), and postdoctoral researcher at College de France (Paris). She also has significant experience as an independent consultant and an analyst on the MENA region for European organisations and governmental bodies.