MEDirections is delighted to share the latest policy brief by Cinzia Bianco Can Europe choreograph a Saudi-Iranian détente?, in the frame of our Regional Security Initiative.

Geopolitical rivalries between the two shores of the Gulf are having a detrimental impact on the stability of the wider Middle East and North Africa (MENA) region. European interests, such as the security of land and maritime routes, the rescue of the Joint Comprehensive Plan of Action (JCPOA) – a.k.a. the Iranian nuclear deal – and, crucially, the stabilisation of several regional crises – notably in Yemen, Iraq, Lebanon and the Horn of Africa – are severely affected. For this reason, working towards de-escalation in the Gulf has featured prominently of late in the foreign policy strategies of several European countries, including the European Union.The EU’s High Representative for Foreign Affairs and Security Policy, Josep Borrell, received a specific mandate for mediating a dialogue on Gulf security in 2020.

The recent election of Joe Biden as president of the United States (US) provides a momentum to push this forward. Under Biden, the US intends to return to the JCPOA and promote follow-on talks on regional security between the two shores of the Gulf. While nuclear diplomacy should not be directly tied to regional security talks, the only way to make a return to the JCPOA sustainable would be to keep regional players constructively engaged by meaningfully addressing their related threats perceptions. Europeans should not wait for the US to lead on this front. Instead, there should be an acknowledgement that the Biden administration will be pushing ahead with plans for American retrenchment from the MENA region and will be absorbed by the JCPOA question as well as by domestic matters.

The EU and individual European players should work in coordinated core groups, promoting confidence-building measures among the parties and encouraging them to explore ways to convert the principles of good neighbourliness into concrete geopolitical moves addressing core security issues. To do that, core groups should act under a single European umbrella, making Europe a geopolitical and security player. 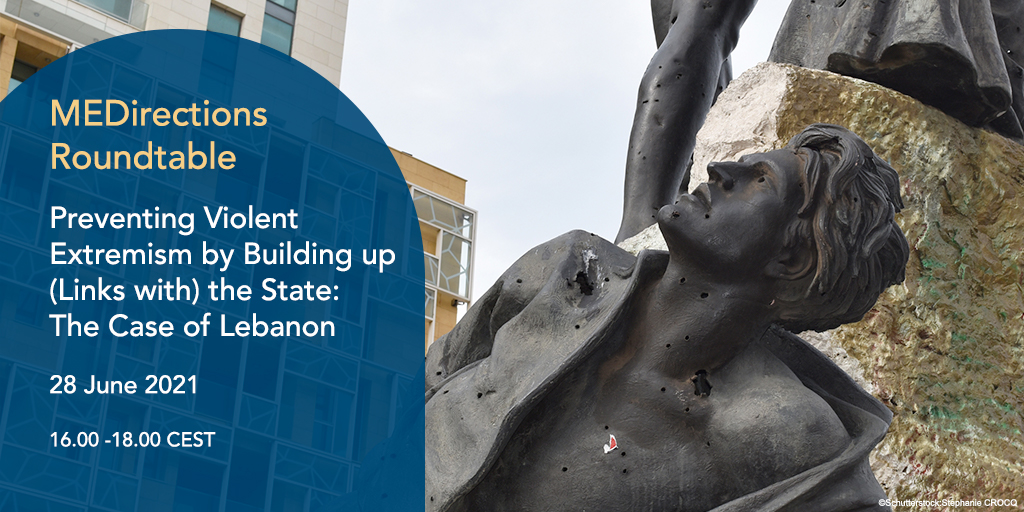 The roundtable is on knowledge formation on threat and prevention in the preventing violent extremism (PVE) agenda. It addresses the question of how such knowledge travels between the places where PVE interventions are designed and the places where they END_OF_DOCUMENT_TOKEN_TO_BE_REPLACED
View Calendar
Add
Tweets by @MEDirections