Home »MED Round Tables»MEDirections Roundtable | Remembrance of things past? Heritage, politics  and the Jews of the Middle East and North Africa – with Dario Miccoli 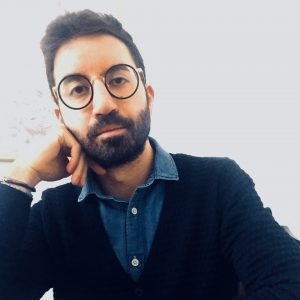 Who are the Jews of the Middle East and North Africa today and what is their heritage? Is there a thing such as the Middle Eastern and North African Jewish heritage, or did it end with the mass-migration of the Jews in the 1950s and 1960s – following the birth of the State of Israel, decolonisation and the outbreak of the Arab-Israeli conflict? This lecture will discuss the relation between heritage, both in a tangible and intangible sense, and politics focusing on the case of the Jews of Egypt and Algeria. By taking into consideration a diverse arena – that incudes associations in countries such as Israel, France and the US, museums, monuments and memorial literature – the lecture will then shed light on diverse processes of heritage- and memory-making by Middle Eastern and North African Jews as well as by state actors. This mirrors not only the wish to preserve a vanished past, but also contemporary social and political dynamics at the crossroads of Israel and the Diaspora, Europe, the US and the Middle East.

Dario Miccoli is Lecturer of Modern Hebrew and Jewish Studies at the Department of Asian and North African Studies, Ca’ Foscari University of Venice and Member of the Boars of SeSaMO – Italian Society for Middle Eastern Studies. His research and publications deal with the history and memory of the Jews of the Arab world, particularly Egypt (on which he has published Histories of the Jews of Egypt: An Imagined Bourgeoisie, 1880s-1950s [Routledge, 2015]) and on Israeli literature. At the moment he is finishing a monograph tentatively entitled A Sephardi Sea: Jewish Memories Across the Modern Mediterranean.