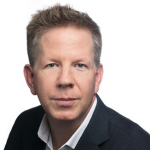 Frederic Wehrey is a Senior Fellow in the Middle East Program at the Carnegie Endowment for International Peace focused on North Africa and the Gulf. He regularly travels to Libya for research and is the author of a recently-published book on the country’s struggle after its 2011 revolution, The Burning Shores: Inside the Battle for the New Libya (Farrar, Straus & Giroux, 2018).

He has served as a consultant on Libya for the United Nations and has testified before the United States Senate and House of Representatives.  His articles and commentary have appeared in the New York Times, the New Yorker, The Atlantic, Foreign Policy, and other publications.  His first book on Sunni-Shia relations in Bahrain, Saudi Arabia and Kuwait, Sectarian Politics in the Gulf (Columbia University Press, 2013) was chosen as a “Best Book on the Middle East” by Foreign Affairs magazine.

Wehrey is a U.S. military veteran with tours across the Middle East and North Africa.  He holds a doctorate in International Relations from Oxford University.