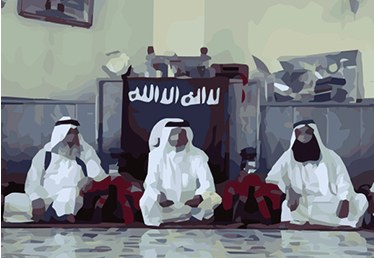 The book constitutes the first study of an important political nexus in today’s Islamist insurgencies, leading to a better to understanding of their evolution.

Across the Muslim world, from Iraq and Yemen, to Egypt and the Sahel, new alliances have been forged between the latest wave of violent Islamist groups –– including Islamic State and Boko Haram –– and local tribes. But can one now speak of a direct link between tribalism and jihadism, and how analytically useful might it be?

Tribes are traditionally thought to resist all encroachments upon their sovereignty, whether by the state or other local actors, from below; yet by joining global organisations such as Islamic State, are they not rejecting the idea of the state from above? This triangular relationship is key to understanding instances of mass ‘radicalisation’, when entire communities forge alliances with jihadi groups, for reasons of self-interest, self-preservation or religious fervour. If Algeria’s FIS or Turkey’s AKP once represented the ‘Islamisation of nationalism’, have we now entered a new era, that of the ‘tribalisation of globalisation’?

Virginie Collombier is the Research Coordinator of the Middle East Directions Programme at the Robert Schuman Center for Advanced Studies at the European University Institute in Florence, where her research focus is Libya.

Olivier Roy is one of the most distinguished analysts of and commentators on political Islam in the Middle East and Central Asia. The author of several highly acclaimed books, four of which are published by Hurst, he is Professor at the European University Institute in Florence.