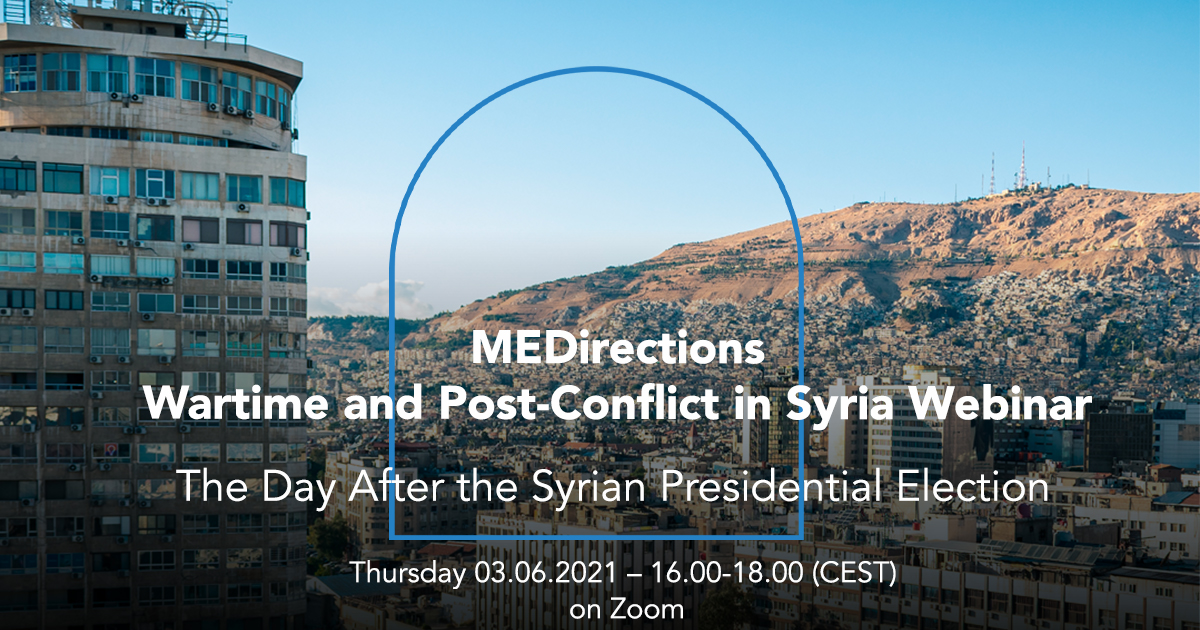 The webinar will attempt to identify what cards Damascus will play the day after the elections.

Syria’s presidential election day, 26 May 2021, is a symbolic milestone in the country’s decade-old conflict. The result of the election is already known to the Syrian people and external actors before the voting day, and Damascus can offer no convincing arguments to whitewash this. Nevertheless, the regime intends to use the event as a sign of survival and perseverance, a blood-negotiated reality that the international community should eventually accept. Betting on international and regional insecurities, Assad probably believes that his isolation days are nearly over. What cards will his regime play the day after the election at both the political and economic levels?

Will Assad’s re-election accelerate a process of normalisation between Damascus and the Arab countries?  What will Moscow’s/Damascus’s next regional and international move be? What is the expected impact of JCPOA version 2.0 on a potential rehabilitation of Syria in its regional environment?  How will the regional strategic game impact on the positions of the EU and the US?

How will Damascus and its allies circumvent the Caesar act and how will the Syrian economy evolve as sanctions continue? What coping mechanisms does Damascus have to deal with the collapsing economy? What will the popular reaction in Syria and the international response to the state failure be?

Sinan Hatahet is a senior research fellow at the Sharq Forum, Omran for Strategic Studies and a research associate in the Wartime and Post-Conflict in Syria project in the Middle East Directions programme at the Robert Schuman Centre for Advanced Studies (EUI). Hatahet’s research interests include the dynamics of Syria’s national and local economies; non-state actors; the Kurdish political movement; and the emerging regional order in MENA

Jomana Qaddour is a nonresident senior fellow with the Rafik Hariri Center and Middle East Programs, where she leads the Syria portfolio. She is a doctoral student at Georgetown University Law Center, focusing on ethno-sectarianism and its impact on constitutional frameworks in Iraq, Bosnia, and Syria. Qaddour is currently a member of the UN-facilitated Syrian Constitutional Committee, as part of the Civil Society Group.

Joseph Daher teaches at Lausanne University and is a Part-time affiliate professor in the framework of the Wartime and Post-Conflict in Syria project, Middle East Directions programme at the Robert Schuman Centre for Advanced Studies (EUI). His work focuses on the political economy of Syria.