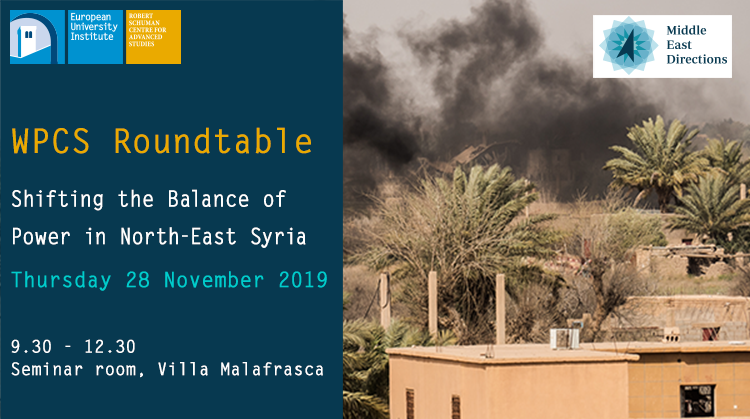 On 9 October 2019, two days after President Donald Trump announced the withdrawal of US troops from the Syrian-Turkish border zone, Turkey launched Operation Peace Spring in north-east Syria. These developments led to a rapid and dramatic change in the military situation east of the Euphrates River, in a region which contains 80% of the country’s oil and gas resources.

This resulted in: the withdrawal from the Turkish border region of the Syrian Democratic Forces (SDF), the backbone of which consisted of Kurdish fighters; the establishment of a new zone of Turkish influence in Syrian territory; and the return of Syrian regime forces east of the Euphrates. This also allowed Russia to increase its presence east of the Euphrates, playing the role of guarantor and mediator between Turkey, the regime and the SDF.

What are the objectives and strategies of the three main external actors (Turkey, Russia and the US)? What will the results be of the Russian-sponsored negotiations between the Kurdish Autonomous Administration and the Syrian regime? To what extent will the Syrian regime return east of the Euphrates and what will be the fates of the SDF and the Autonomous Administration? What are the possible scenarios of re-integrating the economy of north-eastern Syria with the rest of the country?

This roundtable is organized by the Wartime and Post-Conflict in Syria project (WPCS).